An inspiring Professor in Management popularly known as MKS is a Teacher, Researcher, Institution Builder and a Mentor to thousands of students. He has teaching and research experience of over forty years.  He has served as Professor, Dean & Director of Department of Management Studies at Bangalore University.  He was Member Secretary and Executive Director of Karnataka Knowledge Commission from 2009 to 2013. He was a Member of Committee for draft National Education Policy, Central Advisory Board of Education (CABE), Ministry of HRD and Member of All India Board of Management Studies, AICTE. He is presently the member of UGC, New Delhi and Executive Council of Central University of Kerala. He was conferred with “Karnataka Rajyothsava Award” by Government of Karnataka and “General President Gold Medal” by Indian Science Congress Association.

An academician with four decades of teaching experience in the areas related to Business Management, Finance and Testing Skills. Dr. Raju has authored and published many books on Management both in English and Kannada. He was appointed by the Government of Karnataka as a Special Representative of the Government to the Karnataka State Higher Education Council. He has been conferred with the Kempegowda Award by BBMP, Dhrona Prashasthi, 100 Most Influential Directors of India [Education], and many more. He was the Former Professor & Director of R V Institute of Management and currently he is the Director - Planning, R V Educational Institutions, Rashtreeya Sikshana Samithi Trust, Bengaluru.

He is passionate to work on areas of education reforms, student & youth development. As a social worker he is serving the education community from last 25 years and committed to work towards bringing reforms in education system.  He supports and involves in the initiatives that would contribute in quality improvement of education and overall development of the students. 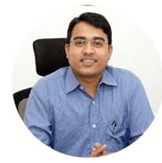 An alumni of Jawaharlal Nehru University, New Delhi and receiver of prestigious Erasmus Mundus Scholarship (2008) to pursue Master's in Lifelong Learning: Policy and Management, joint degree from University of London (UK), University of Aarhus (Denmark) and University of Deusto (Spain) from Directorate of Education and Culture, European Union. He was DAAD visiting-faculty Julius-Maximilians-University of Wurzburg, Germany. He was visiting-faculty at the Tamil Nadu National Law School, Tiruchirappalli. He has been faculty at the National Law School of India University, Bengaluru. He was awarded with “Social Justice Medal” by Hon’ble Chief Justice of India, Ministry of Law and Justice, GoI in 2007. Currently, he is Deputy Director, Ramaiah Public Policy Center and Associate Professor, Ramaiah College of Law, Bengaluru.

He has served in the Indian Air Force from 1964 to 1986.  He was a qualified Instructor at Air Force Instructors’ Methods School, Chennai in 1972. He has worked with Kirloskar as Group Adviser.  He is a Member of Governing Council, Kirloskar Institute of Advanced Management Studies, Karnataka.  He is also a Managing Trustee for Mysore Kirloskar Education Trust which is currently running Eight Schools in rural areas.  He leads assessment teams as Senior Assessor for assessment of major industries for their status on Business Excellence through EFQM Excellence model.  He has also served as President of Centre for Leadership and Management in Public Services. He has been awarded “Vira Chakra” for Bangladesh Operations-1971.